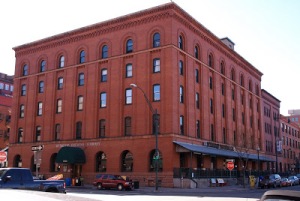 Colorado’s first brewpub, Wynkoop Brewing Company was founded in 1988 by a group of entrepreneurs that included former Denver mayor and current Governor of Colorado, John Hickenlooper. Named after Denver’s first sherrif Edward Wynkoop (who incidentally helped name the city “Denver” after the Kansas Governor [Kansas owned the territory at the time], James Denver), Wynkoop Brewing Company is highly acclaimed and has won tons of awards for their brews over the years. 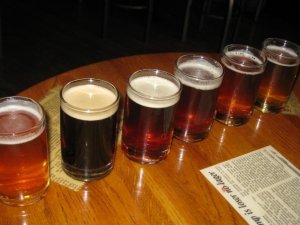 The brewpub also helped revitalize the LoDo region of downtown Denver, taking over a 1888 building in the downtrodden region. Many bars and restaurants followed their lead and moved into that part of town, making LoDo a fun and exciting part of Denver. Today Wynkoop is a fixture in downtown, and helped make Denver (complete with the 16th Street Mall, great nightlife, and expanding restaurant scene) what it has become. Wynkoop has also grown from it’s beginnings, and now owns and operates many bars and restaurants in the Denver area (including Wazee Supper Club and Ghost Tap and Plate), and even have a new partnership with Breckenridge Brewing Company.

While it’s not necessarily my favorite Denver brewpub, it’s historical significance and fixture of the downtown landscape make it impossible to dislike. Combine that with a couple of great beers and more than enough variety of better than average offerings, and I seem to find myself in the Wynkoop bar at least once a month.